← more from
Astigmatic Records
Get fresh music recommendations delivered to your inbox every Friday. 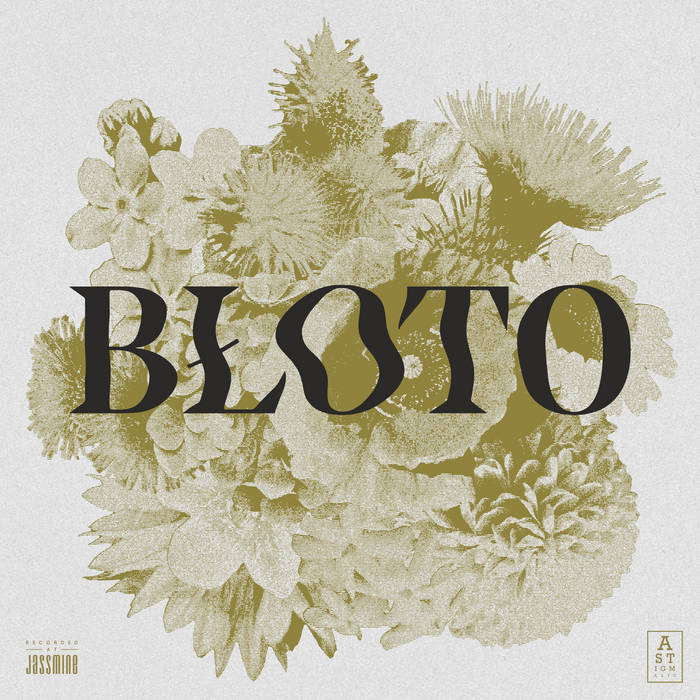 gaston_macoute Bloto is a Jazz band... I love psychedelic music and also KRAUTROCK, and I think there is also a bit of that in Bloto. The title JASMIN is beautiful and hypnotic. Favorite track: Jaśmin.

krotix I bought their first album after sampling some of the cuts on bandcamp. Astounded by the eclectic mix of Jazz and other elements that seamlessly lock together.. This effort establishes them for me as willing to send out musical tentacles in all directions, bravo. Favorite track: Mak.

Despite the COVID-19 outbreak disrupting promotional and concert plans of the band Błoto, the three pressings of the debut album ‘Erozje’ have quickly sold out. Instead of leaving fans with old (recorded in 2018) material, the quartet decided to build the momentum and release the second album in 2020, entitled ‘Kwiatostan’ (‘Inflorescence’).

The streets of Warsaw in the first half of 2020 smelled of rain, disinfectant and electrical tension, caused by storms that broke out repeatedly. The black door of the elevator leading to the newly opening Jassmine club was reflected in the puddles. The faces of people passing by were covered with masks, and in street noise, one could hear the soft pulse of bass coming from somewhere below the ground... Two floors below, four musicians known from the EABS group met for the first time since the global pandemic began.

Based on the collective improvisation, they recorded their new material for three days. Despite their previous success, the team did not try to recreate proven patents from ‘Erozje’, but rather treated them as a starting point. We can still hear the influence of the golden era’s hip-hop, but this time the inspiration goes deeper to the connotations with club music (house, juke), and everything, as usual, is based on jazz music. Anthony Mills' unexpected cameo in his rap incarnation as Toni Sauna completes the album entitled ‘Kwiatostan’.

It cannot be ignored that the entire globe at the beginning of the 21st century stinks of smog, tear gas used to break up protests, and the sour sweat of politicians. The earth is eroding not only due to water, wind, sun or gravity, but mainly as a result of human activity. The Błoto quartet communicated these problems on their first album. It turned out that we operate in a world in which the cover of ‘Erosion' quickly turned out to be prophetic. Inflorescence grows on the ruins of a world devastated by erosion - a new system of branching shoots ending with flowers. In 2020, most of the petals, pistils and stamens are surprisingly pale as they are constantly suppressed by the system in which they thrive, preventing flowers their lush colours and right to diversity. Just like police states that keep an eye on society. ‘System’ is a keyword around which Błoto’s second album revolves.

Błoto’s new album - ‘Kwiatostan’ will be released on September 11, 2020, on Astigmatic Records in collaboration with the Jassmine club in Warsaw. The album will be available on a unique vinyl, limited to 600 copies, and on all streaming platforms.

Błoto is a band that came to being accidentally, yet naturally, like a puddle after a rainy day. It all started in the summer of 2018 when the Wrocław-based EABS sextet had a day off between the concerts in Brzeg Dolny, Łódź and Sopot.

The music is deeply rooted in brutal hip-hop grooves, referring quite loosely to the sound of the 90s. ... more

Bandcamp Daily  your guide to the world of Bandcamp